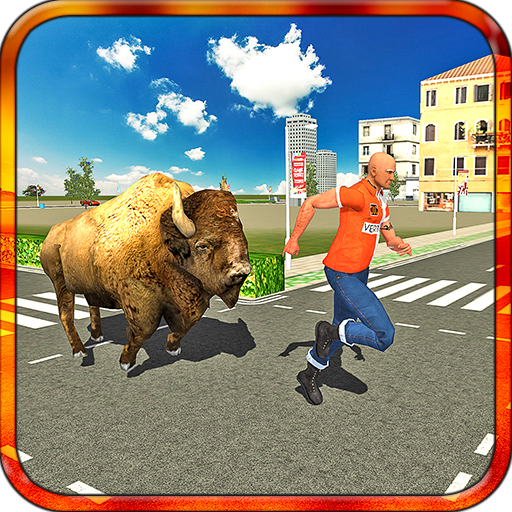 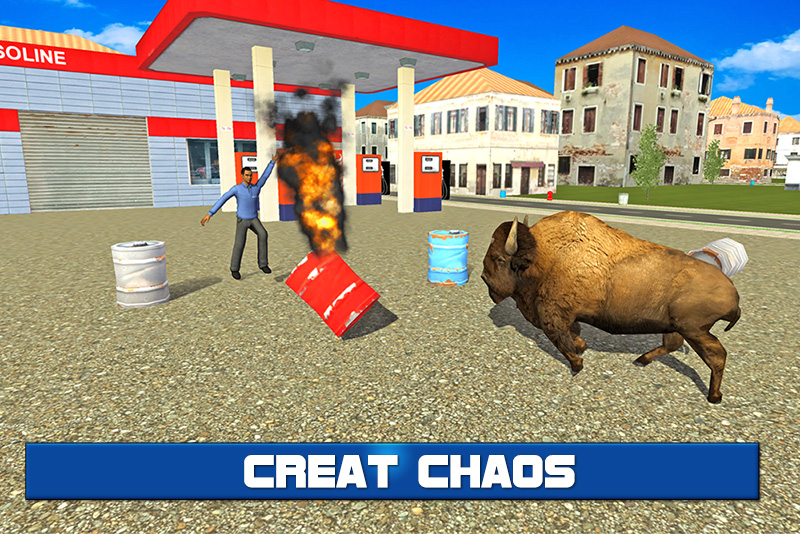 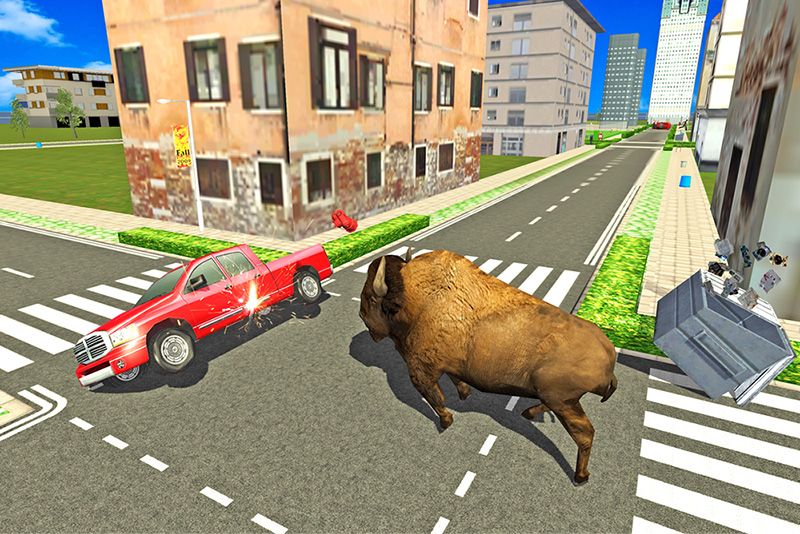 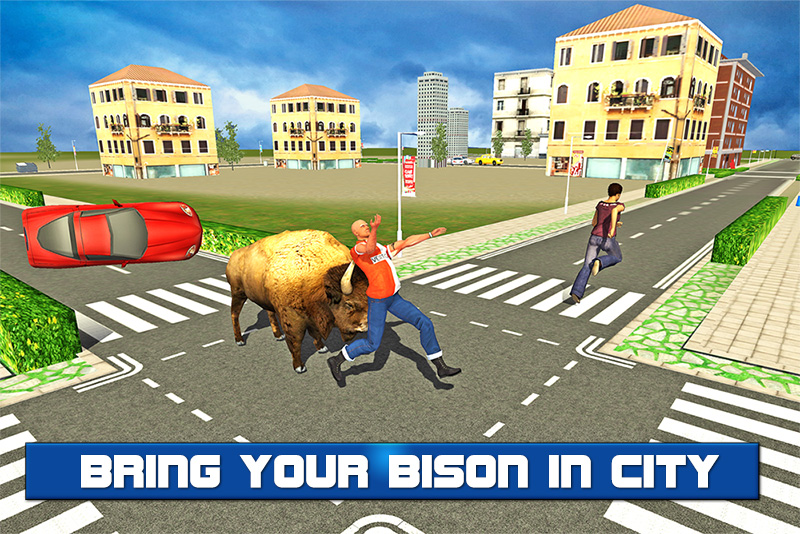 Get ready for some serious action with Awesome Bison Attack Simulator combines stunning, high-fidelity graphics with addictive gameplay.Hit and destroy your way as American Buffalo simulator to glory.Another virtual angry Bison animal simulator game.This aggressive bison has escaped from the bison transporter trailer and ended up in this retro san andreas city driving the people crazy and smashing every obstacle in it's way.In the Angry Bison city Attack, play as the wild bison and cause ultimate destruction in this retro city.In this animal simulator, release your inner beast and display your rage and power by smashing down the whole town.Try something different from american games of dino smash, goat simulator, wolf simulator games and raging bulls in crazy city.

In this wild animal game of Angry Bison City Attack simulator, furious bison role and have fun smashing the cars and kicking barrels in this crazy city. This animal simulator game allows you to crash into buildings, cause cracks with the huge beast’s muscular form. If you enjoy crazy bull’s riding and fighting games Then you will definitely enjoy smashing and demolishing the city transport trucks, delivery vans, racing cars, police cars and scaring people( police man and dogs) out of their wits in this animal game simulation. You have to fight with police man and kill police officer before he shoot and kills you.

The most fearless beast of the jungle is here to jolt the city.It’s demolition time! Turn yourself into an Angry American Buffalo and smash down the whole town. Crash into walls, crush people, wreck cars, and make the city tremble. In this world, there aren’t any rules to deter you. Chase those down that stand in your path. Teach a lesson to soldiers and armored cars shooting at you to never mess with nature again! This is PREDATOR VS PREY!

With Angry Bison City Attack, get ready for a Super Bison’s rampage to rave terror and destruction in this retro Downtown city. Enjoy this crazy smash city adventure today. Hit the police car and animal transport trucks. Hurry up and download this angry bison simulator today.In this free to play game, you can freely run around and attack people, smash cars and knock things down. Channel all your anger and aggression here and have fun smashing and crashing! Display your rage and power with super bison simulator ( American Buffalo simulator ). Feel the rush of being a wild animal.Awaken the furious animal inside you and demolish the city down!So run Bison Let the destruction begin!!