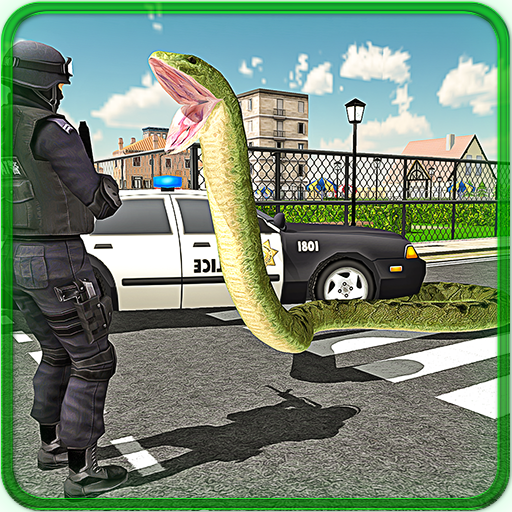 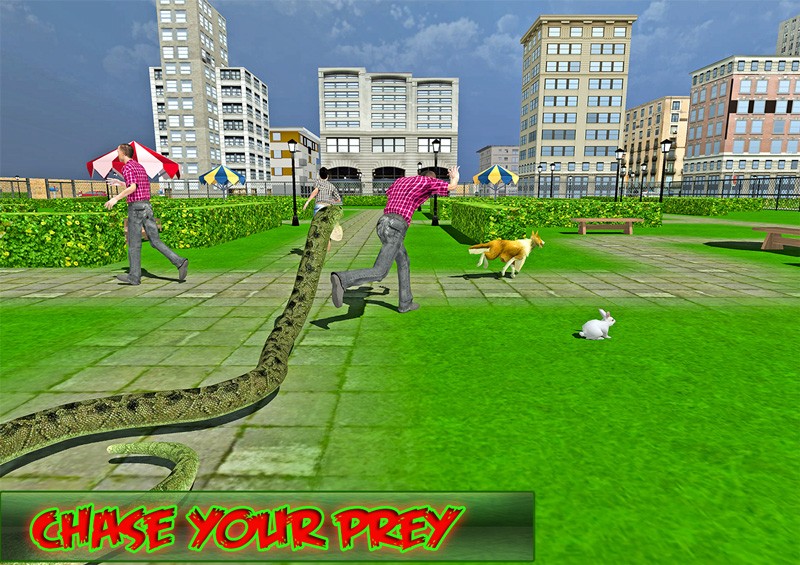 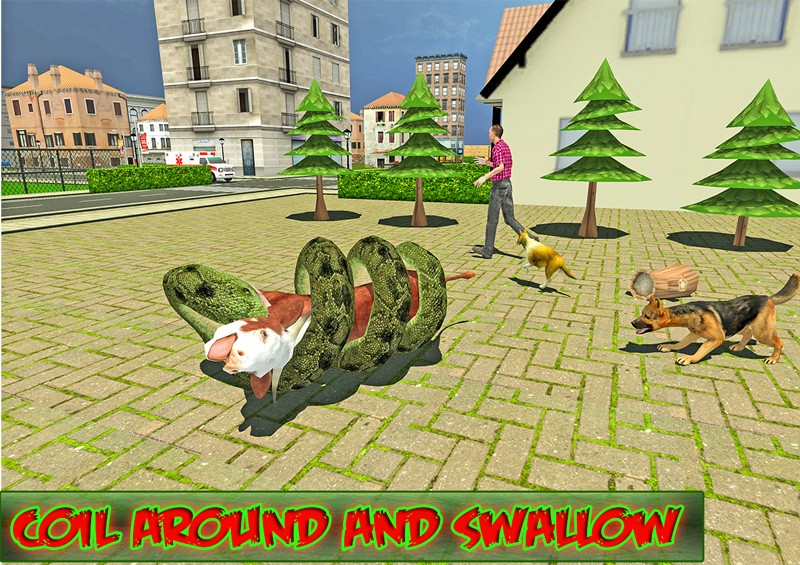 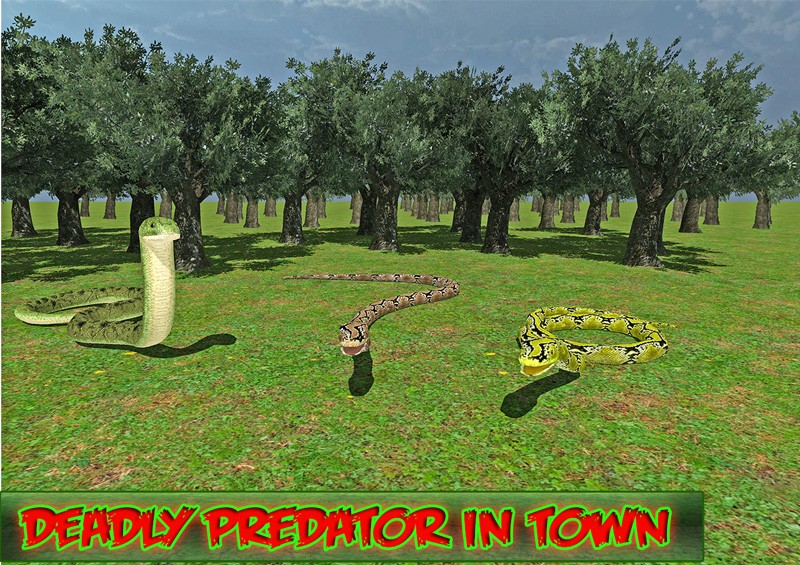 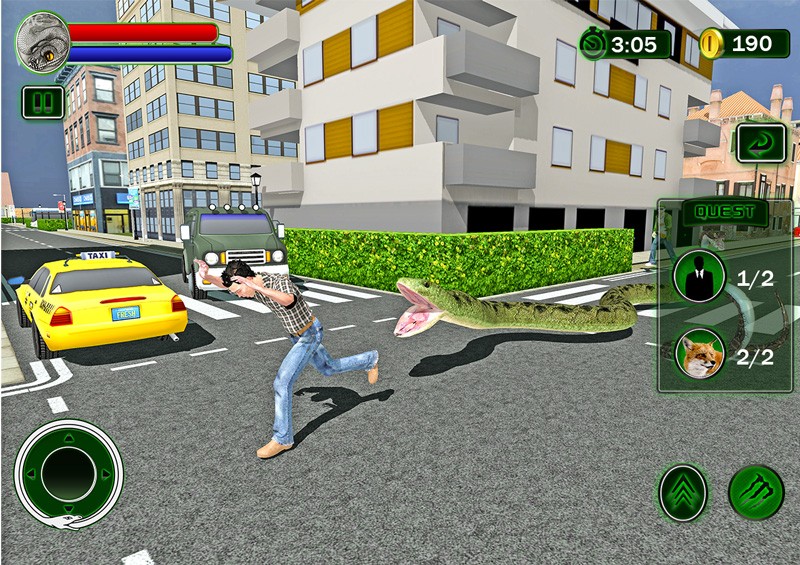 Slither your way from huge jungle to 3D fantasy city and become a lethal Anaconda who is looking to slay its victims in anaconda games. This newest anaconda snake games will put you in control of this deadly beast. Create Rampage and attack ruthlessly on everything on your way like human and animals for your hunger and survival in latest angry anaconda games simulator. Play as deadly big anaconda crawl your way through the big city and attack on your prey brutally with this amazing anaconda snake attack 3d games. This Giant anaconda snake is hunting for anything includes human and animals like hen, fox, and German shepherd dog with latest anaconda attack aka ANACONDA SNAKES.IO

ACTION PACKED ANACONDA GAME SIMULATOR’S GAMEPLAY:
This mighty beast is ready to attack with anaconda snakes simulator 3d. There are other hunters like powerful fox and mighty dog who are looking to attack on you, so be careful and attack silently your prey. Hunt or be hunted is a part of this ultimate and angry anaconda attack games 3d in 15 anaconda attack levels. You have to prove that you are ultimate scoundrel of the city in new anaconda snake games. Feel the thrill and rush in your blood playing as big angry anaconda a merciless and scariest predator of the jungle that is creating rampage in city.

Become giant python traitor and enjoy the thrill of attacking animals and humans to make them your meal in this brutal battle with the blend of anaconda snake simulator game. Download ANACONDA SNAKES.IO and rule over the city.