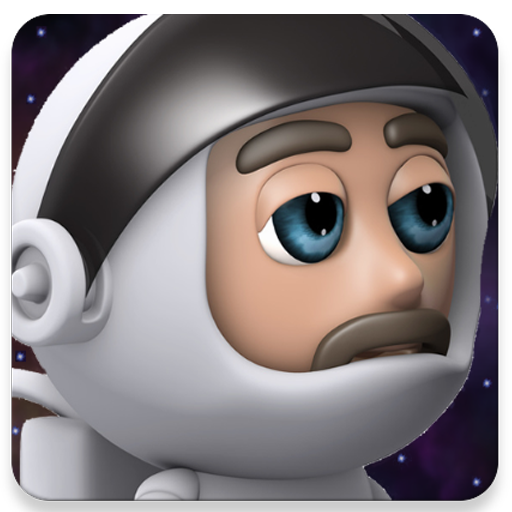 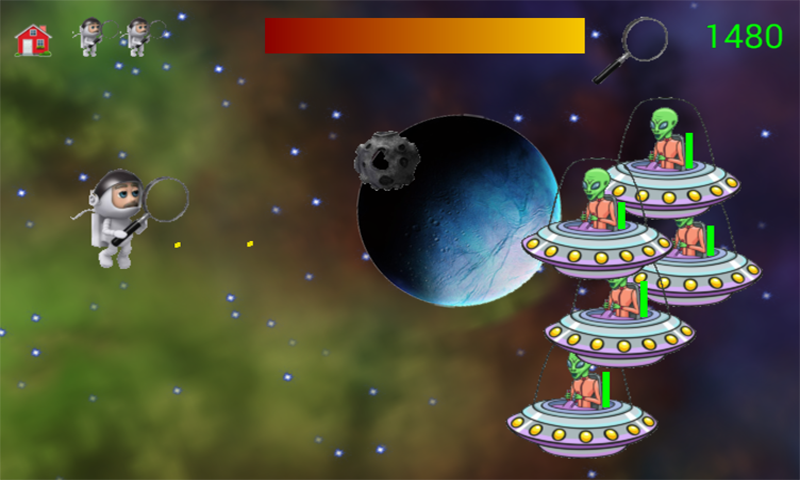 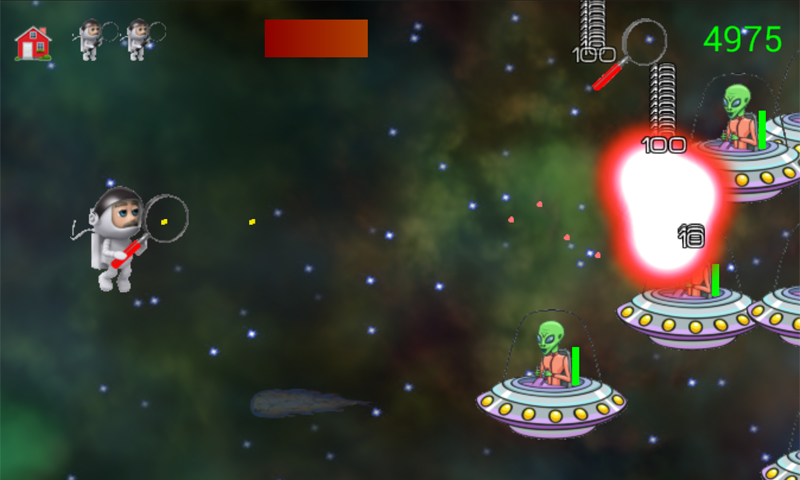 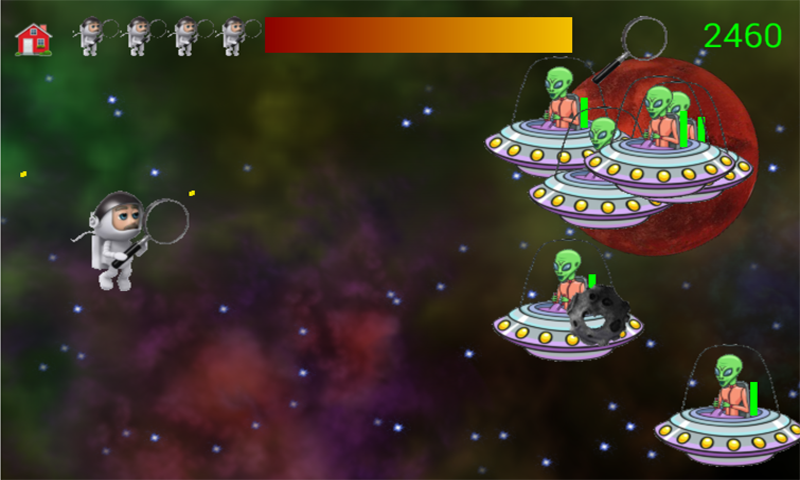 New alien invaders arrive. Can their fleet handle the mission? Our astronaut powers-up to take on the assignment! New multiple levels have been added. This game is fun for all ages, but is not just an alien game for kids.

Alien vs Astronaut is a galaxy attack alien shooter game that lets you use strategy to your advantage. If the astronaut gets hit by a meteorite, he'll lose a life. When he aims his fighting magnifier at meteorites and pulverizes them into stardust, you score. Touch the right side of the screen to activate either of the two laser magnifier shooters to stop the alien zone enemies.

Comets are streaking by through the universe. Capture a comet and you add a life to the astronaut. You'll want to stockpile lives if you can as the levels get more difficult but stockpiling lives in this alien game is not easy.

The alien spaceships automatically pursue the astronaut, so use your smarts to avoid attack. Multiple alien UFO craft arrive in fleets from their alien galaxy so you must stay alert in this alien spaceship game! You’ll love it on your tablet or phone. Add Alien vs Astronaut to your alien games collection.